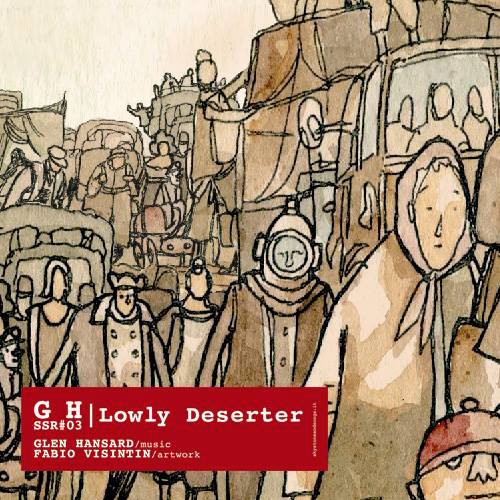 It’s a vinyl ep which contain 3 songs by Glen Hansard: ‘Lowly Deserter’, ‘Bird of Sorrow’ and ‘Fitzcarraldo’. The title-track has been illustrated by famous italian cartoonist, Fabio Visintin – winner of 2015’s Gran Guinigi Prize, a sort of comics’ Oscar – in a six tables poster. There’s a normal edition which includes vinyl and comic’s poster and a deluxe edition with a t-shirt and a exclusive table: there are only 500 copies (400 normal and 100 special), all numbered.

The proceeds will be donated to charity to Amnesty International.

To order, mail to: order@skystoneandsongs.it