The Animated Egg were a studio-only group that released a self-titled album of psychedelic instrumentals in 1967. Session guitarist Jerry Cole was the man behind the band, known for his fuzzy guitar play and his well written songs. All instrumental exploitation psych, featuring some very impressive sound effects. Featuring on his one and only record comes “Sock It My Way”, a dreamy feast of mesmerizing, piercing melodies all bound together by a steady, hypnotic rhythm. In the 1960s, Jerry Cole was one of America’s most prolific guitarists, turning his hand to surf music, rock, country, jazz and blues and playing on sessions for Brian Wilson and Phil Spector.

The Animated Egg is available as a limited edition of 750 individually numbered copies on orange marbled coloured vinyl. 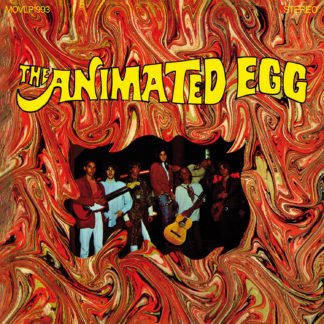